At the Bottom of a Ruck – Grant Morris 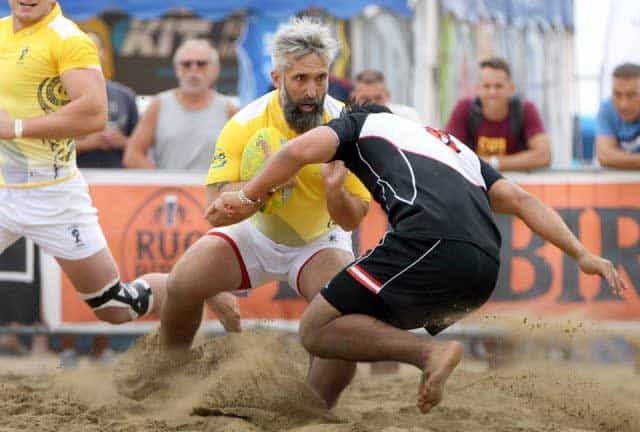 Article featured with permission from https://www.scrum5rugby.com

Grant Morris is the Epitomy of a One Club Man. Having Spent his Childhood and Latterly, his Senior Rugby with Havant RFC in Hampshire, Grant has Struggled with Mental Health Challenges since Stepping Away from 1st Team Rugby. Grant has Courageously Reached out to us about His Challenges and how Opening up to his Loved Ones about them has helped the scrum-half Face them Head on.

When I think about my earliest rugby memories I don’t really know where to begin as I cannot really remember a time without rugby and in turn, without Havant Rugby Club.

I’ve been told I was about three weeks old the first time I went to the club.

Memories include; running around the club’s pitches with other players kids, playing a variety of games and then dodging countless players and supporters in the bar.

As for my earliest playing memories, that would simply be turning up to Havant and the ‘Dingley Dale’ to have a look at training and within 5 minutes being fully involved.

I have always played for Havant and I can’t ever have pictured myself playing elsewhere for a club team but I did represent my University in Chichester, which were some of the best years of my career.

The Uni days playing with WSIHE are amongst some of my best memories of playing.  My life fully revolved around rugby.

Leaving was hard, not because it was the end of rugby but the end of my WSIHE days and the end of being a ‘Ranger.’ It was a break up of sorts with the brothers I had spent the last four years of my life with. You tend to live in each other’s pockets be it in lectures, training, on the bus or at the bar. Leaving that sort of environment is tough but I was playing good rugby at Havant and I’ve always loved being a part of that environment as well.

I’ve played my whole career at Havant and have an estimated 500 club games including 245 league games (always be gutted I did not get five more).

I spent a close season at Silverdale in North Harbour NZ, as well as spending five years playing league for The Portsmouth Navy Sea Hawks.  I’m also proud to say that I played  county for Hampshire in both codes.

Havant has been a part of me for as long as I can remember and I’ve been told I was conceived on a Havant Rugby tour!! I think that probably sums up my affiliation with the club aptly.

It is and always has been a home away from home.

Havant has given me so many opportunities and I can honestly say I owe a lot of who I am and to what I have become today to the club, it’s management, players, supporters and team mates.

I still haven’t fully ended my playing career with Havant and I make the odd appearance but when the day came around that I knew my competitive, first team boots were going to have to gather dust, it was tough to take.  Nothing made me prouder than to put on that first team shirt and go ‘Up the Hill’ as we say.

For me, it was not the body staying stop, it was not a loss of love for the game, it was off the back of an injury and an ever-growing family needing me to be about more, especially as working hours due to my job were increasing.

It was a difficult thing to do, I piled on 3 stone, was drinking more, became hard to live with and this was amplified by the dark cloud of anxiety and depression creeping in. It was honestly one of the three hardest things that has ever happened to me.

If I can, I’ll continue to play when I can.  My number one responsibility, my world, my family will always come first but when there is a sneaky chance to lace up the boots again then I take it. I will continue to also play for Rugby Against Cancer and each year for the Global Chiefs, a beach rugby team.

However, knowing what I had dedicated a lot of time to, spent all my life doing and mapped much of my adult life to was over proved extremely hard to cope with. I went from training hard, eating well and not drinking mid-week to not training, eating as I wished and having the occasional school night beer or three. In turn, I ballooned to my heaviest ever weight. It was a difficult time and it did affect me, I did not own the situation and I was feeling very isolated.

Finally, I did own it and I spoke to my amazing wife about it. She has, is and always be my rock. I had a very difficult time over the summer. I became very anxious and I knew I had to deal with the issue then and there. With her support and guidance, I sought help from a doctor and now have regular appointments to check on how I’m feeling and to chat about my anxiety.

I can’t tell you how a big a difference talking to someone has made for me. It was hard at first but I am really reaping the rewards now. It’s ok to feel like this, it’s actually quite normal if that makes any sense? Well, it becomes normal when someone rationalises it for you like my wife and doctor did.

I have focused on other bits and bobs to help me fill the void as well. I’ve boxed, become heavily involved with the Rugby Against Cancer charity, I’ve spoken about how I feel, I don’t bottle things up anymore but most importantly, I’ve spent more time with my ever-growing tribe at home.

Hopefully one day I will be watching them pull on Havant shirts to continue the families love and affiliation with Havant RFC.