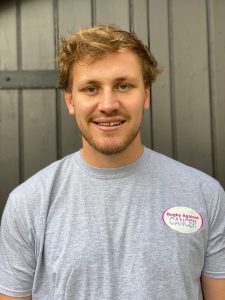 Joe is a successful rugby player, with England U20s, England U18s caps to his CV. He has played for Gloucester, Bristol Bears and has recently moved to Worcester Warriors for the 20-21 season of Premiership Rugby.

“My rugby journey began in Gosport and Fareham RFC when I was 6 the club is still a massive part of me and my family’s life. As I have made friends for life that still play for the team I love, as does my brother. From here I moved to Hartpury College and Gloucester Rugby where I studied for two years before signing full time with Gloucester where I spent 3 seasons. Until I moved to Bristol and now Worcester.

Rugby Against Cancer is something I am massively behind. I have been diagnosed with Hodgkin’s Lymphoma which is a type of cancer that developed in my lymphatic system. I went through Chemotherapy as part of my treatment.

Once I was diagnosed it was naturally a huge shock to myself and my family. However, the sheer support I received after the news was overwhelming from the rugby family that fortunately surrounds me. Bristol was unbelievable with the news and supported me massively and I can never thank them enough.

This is my story and I think it summaries what this charity represents, rugby is a powerful thing and together can help the fight on cancer”

Robyn was diagnosed in 2014 with Hodgkin’s Lymphoma, currently playing for Gloucester-Hartpury Women’s in the Premier 15s she was called up in 2019 for her first Welsh international caps during the Autumn Internationals. Just 5 years after her cancer battle.

“I was diagnosed with Lymphoma when I was 21 years old and on the rise in my rugby career. Cancer stopped me in my tracks, left me with nothing to look forward to but playing rugby for Wales was always my dream. I didn’t let cancer stop me, it molded me, it drove me and changed me, but it didn’t stop me.

My journey has taught me how important a support system is and how your tribe can really help you thrive in times of darkness.

I owe my life to rugby because without it I wouldn’t be here today.” 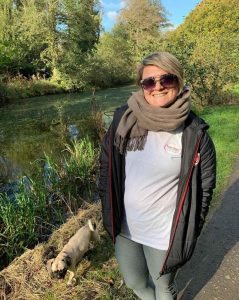 We are delighted that former Irish International, Simon Mason is part of the Rugby Against Cancer family. He won two Italian titles with team Benetton Treviso and was part of the Ulster side that won the Heineken European Cup in 1999 following a memorable win over Stade Francais.

“When you have been part of a sport for over 40 years it tends to run through your veins!  I have been blessed to be part of this great game at every level. Initially playing minis (as a six-year-old) and grassroots Rugby to representing Ireland and winning a European Cup with Ulster. I have been fortunate to play for top clubs in Ireland, England, France, and Italy. The one consistent has been in every corner of my journey our biggest opponent has been cancer. Every teammate, supporter, friend, and member of the support staff have been directly or indirectly affected by this wretched disease. My biggest fans throughout my rugby career were my parents and losing both to cancer brought home the cruelty of this disease.

Playing Rugby teaches you many things, the joy of winning and at times the despair of losing but more than anything Rugby’s virtue is that through unity comes great strength.

So, to be asked to be a champion for Rugby against Cancer is a great honour and privilege.  It is also fitting to apply the anthem of the great rugby family that is Munster, “STAND UP AND FIGHT”.”