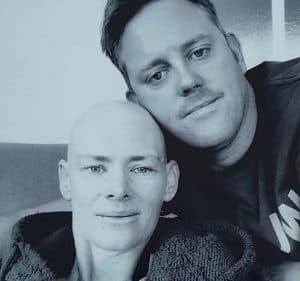 I am not an ill person, so I don’t like wasting people’s time. I just thought I had caught a bug on holiday in May, when I returned from holiday very unwell.

I felt weak, couldn’t lift my bag off the luggage carousel, I was breathless when walking, my gums were pale, I bruised easily, nothing healed, and I had blue lips when walking up from the beach. Whilst picking my daughter up from school, I would fall asleep whilst waiting for her. I couldn’t make decisions and was very snappy. There was also a rash on the arch of my foot which I had had since the previous September. I didn’t realise the importance of this symptom, which relates to platelets.

On June 16th, my doctors sent me for a blood test. On June 17th, my GP rang me very concerned about my haemoglobin count which was at a very low level of seven, whereas in normal people it is between 12 and 15. A bed was found for me at the Queen Alexandra Hospital and they admitted me straight onto the haematology oncology ward. I am dyslexic so couldn’t read the signs, so I was unaware that I was on a cancer ward.

The hospital knew I had leukaemia but finally diagnosed it on the 25th June as my leukaemia was a rare type: biphenotypic acute leukaemia (BAL) with a positive Philadelphia chromosome.

I had never been ill; if you knew me, it felt typical that I should get one of the rarest leukaemias. When being told that I had leukaemia, I felt more worried for the consultant than myself. There was nothing I could do but let the medical profession deal with it, as a prescription was not going to work.

17th June 2014 I entered into a world I knew nothing about and never wanted to. After having four pints of blood overnight I felt I was cured and could go home. However, this was the start of a seven-month hospital journey.

I was then isolated because of the chemotherapy and my immune system. It was important that my family remained healthy otherwise they would not be able to visit me. At the time, my daughter was 13 years old, and I relied on my family and my husband to be my support network.

Ten days after arriving in hospital I started chemotherapy; it took this time to identify the rogue Philadelphia gene. Chemo for me was a week on and a month off. I had four sets and was told after the first one that the leukaemia was gone but I needed to have a stem cell transplant to stay leukaemia free. On the plus side, my sister had arrived in the UK from Australia on the day I was admitted into hospital, so she was able to have a blood test. She was a 100% match, not quite the holiday she expected!

Life became a grind. I didn’t know it at the time, but I was living on a knife edge—any trolley going past or a door opening could mean another blood test or bag to be attached to. I became fearful of the beeping of the chemo machine. Each time one bag ended another one was attached, and even when it wasn’t chemo it was blood or something else. I loved my Hickman line, now framed on a wall in my house.

After five months at QA, I was moved to Southampton for a stem cell transplant. I spent eight days having chemotherapy to wipe out all my cells to then receive my sisters stem cells on 4th September. Emma had to return from Australia to make the donation, which now means I am 100% my sister’s DNA (I am considering which crimes I would like to commit). There are not enough words to thank my sister for the life I now continue to live.

I was finally released on 5th October. I walked out of hospital three-stone lighter but happy to be alive.

Typical of me, I got CMV and returned to hospital on 7th November kicking and screaming back into isolation. Instead of beating the infection in a week, it took 21 days. Returning home on 28th November, I ran out of hospital (in my dreams).

Then followed a year of regular clinics, nebulisers, lymphocytes, lumbar punctures as I could not have radio therapy; I had to have four sets of brain chemo.

2017 I started work again part–time. I go to clinic six times a year and love catching up with all the amazing staff. The drugs I am on keep me immune suppressed, so I am still wary in big crowds and I do not like travelling.

On my whole journey I tried to keep my sense of humour. I handed myself over to the amazing doctors and staff in the hospitals, and my family were a great support, even bringing me three meals a day at times. It was a journey I did not ask for, but I have learned a whole new vocabulary and feel we could beat anything!

I am now five years out and in remission, but with my rogue gene I will never get a remission diagnosis. I have regular check–ups and bloods and a pill regime daily including imatinib, which for my leukaemia is a wonder drug.

I’m thankful for the life I now have with my family and friends, I will forever be grateful to the teams in Portsmouth and Southampton for helping me get through every day and giving me the opportunity to watch my beautiful daughter grow up. 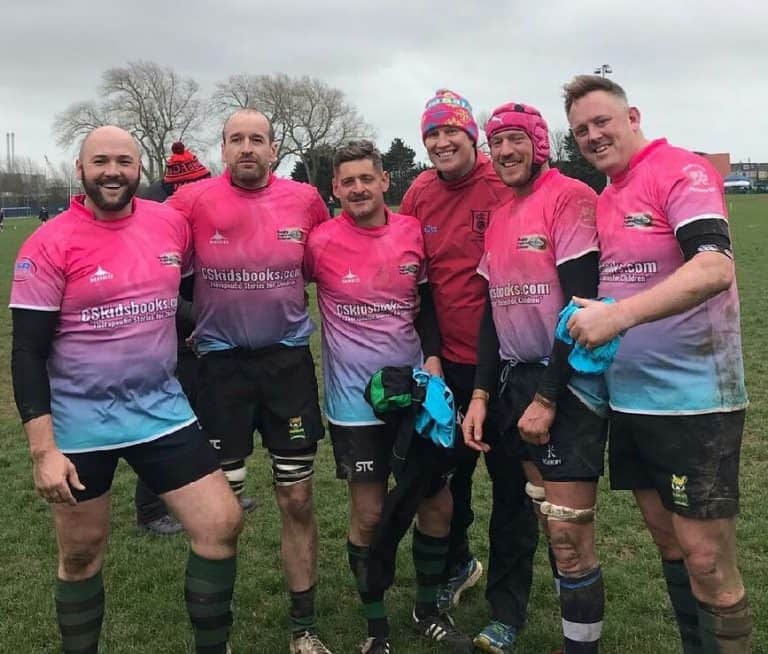